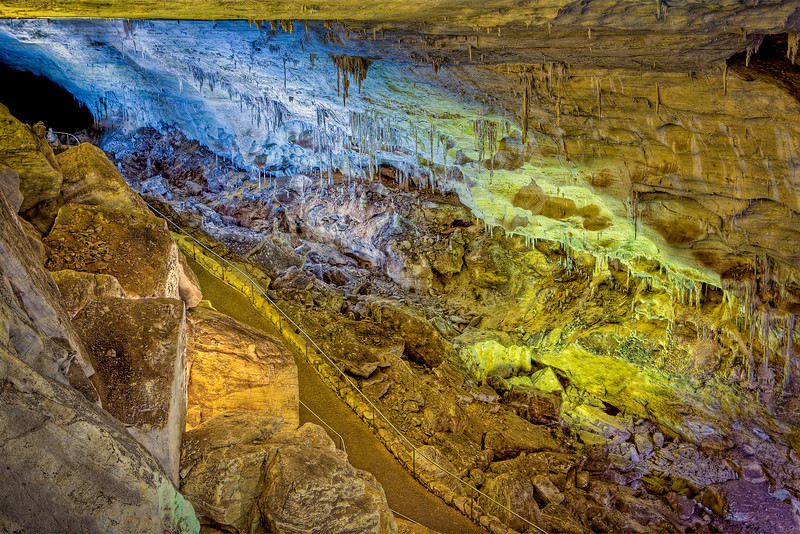 This image actually shows a cave within a cave. About 20 minutes after hiking into the Natural Entrance you come upon the Bat Cave which can be seen at the top left of this image. Every night from May to October thousands of Mexican free-tailed bats emerge from the caverns at dusk. Their path takes them from their internal cave, then along the tunnel seen here, and finally out of the caverns altogether as they swarm through the portal known as the Natural Entrance.

The bat flight as it is called has delighted tourists to the caverns for decades. So great is the exodus that it takes almost 3 hours to complete. The bats then fly throughout the night in search of their staple diet of insects. They then return before dawn to take up residence once again in the security of their bat cave.