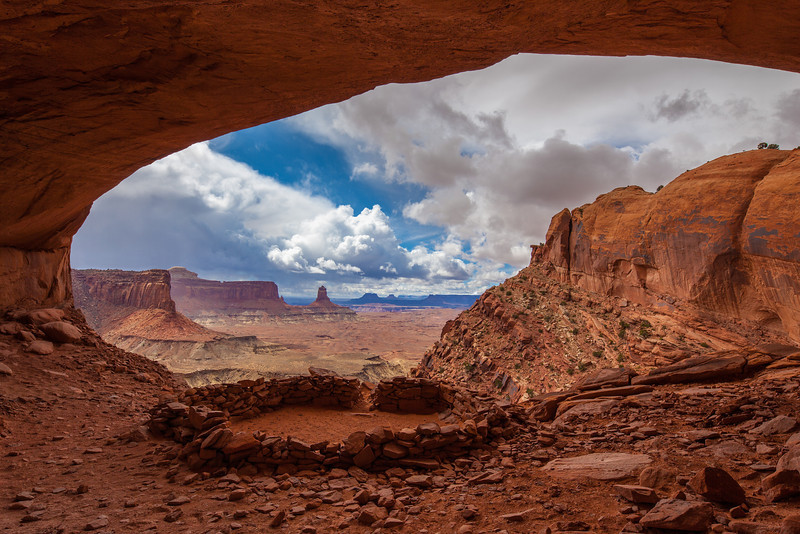 This Indian ruin with its breathtaking view of Canyonlands can only be reached by hiking a somewhat treacherous unmarked trail. The last part of the hike involves an exhilarating scramble down the face of a steep talus slope, followed by an equally steep ascent back up the slope and into the cave. The view that unfolded before me as I entered the cave made me immediately forget my fears. This ruin was built circa 1200 AD by the Pueblo Indians. The view is simply indescribable.

The distant late-winter storm caught up with me on the hike back to my truck a couple of hours later. The wind and snow were a small price to pay for the privilege of visiting this amazing site. I've visited this ruin twice now, and both times I had the place all to myself, providing me with an amazing feeling of solitude and overwhelming grandeur.

The ruin is not listed on any official maps, no doubt serving to help preserve its condition. The absence of graffiti and food wrappers leads you to believe as though you are the first visitor to the site since the Anasazi mysteriously left the area some 800 years ago. Perhaps the Anasazi are responsible for coining the phrase "location, location, location."