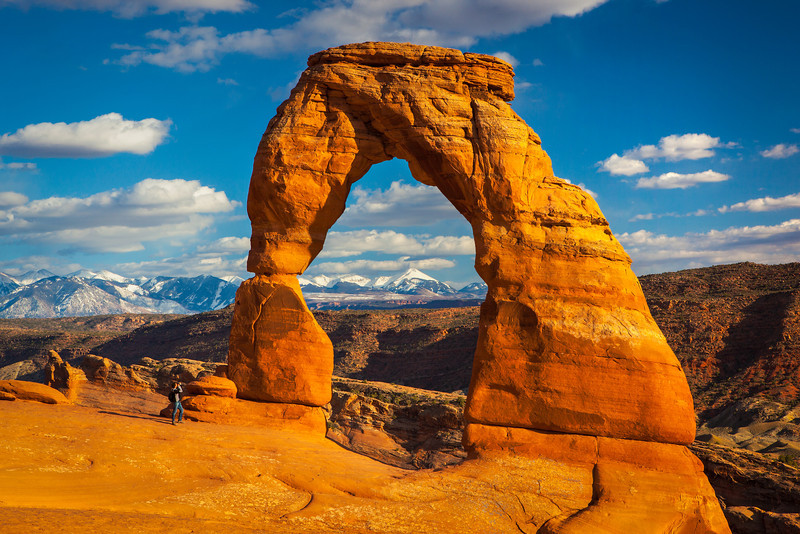 I was initially aggravated when another photographer walked into my image just as I was getting ready to shoot the arch. However, when he paused to get his own picture I realized that this was actually a golden opportunity. By including the photographer in the image, I would then be able to convey to the viewer a sense of scale of this iconic landmark.

Photographers actually make very good subjects, because they typically become perfectly motionless for a few seconds while they conduct their business. In the background are the 12,000' snowcapped peaks of the La Sal Mountains. I shot this image just before sunset.